Are profits no longer required?

The number of loss-making US companies listing on the stock market is close to a record high. Two Schroders experts explain the implications for investors.

The number of loss-making companies listing on the US stock exchange is approaching a 30-year high, according to new research.

Indeed, the average company going through an IPO is now making a loss (IPO stands for initial public offering, the term used when a private company goes public by listing on the stock market).

Perhaps most surprisingly, loss-making companies have beaten the market by around 9% year-to-date, even though historically they have typically underperformed by a similar amount, on average.

Does this paradox mean that profitable companies no longer make for good investments?

Fund manager Frank Thormann doesn’t believe recent performance diminishes the importance of a company’s fundamental strength. However, he does recognise that a new breed of company has changed the way investors think about the stocks they choose.

“I am a strong believer in free cash flow generation as a sign of a strong business model and competitive advantage. There is strong evidence that over a longer horizon, these companies outperform.

“I am not willing to concede that things have changed forever. I consider this current environment as anomalous, and the market has gravitated towards a different kind of company. At the same time, investors should remember that mean reversion is a powerful force. Sentiment could change quickly in favour of profitable and cash-generative companies.” 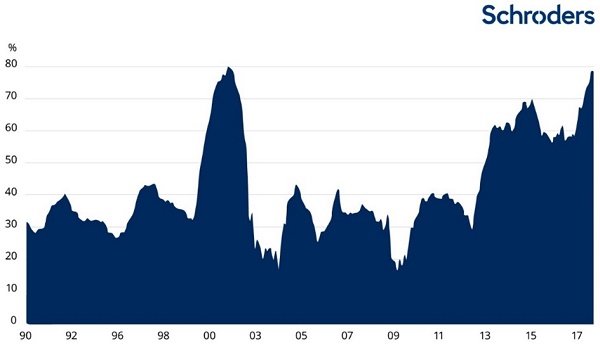 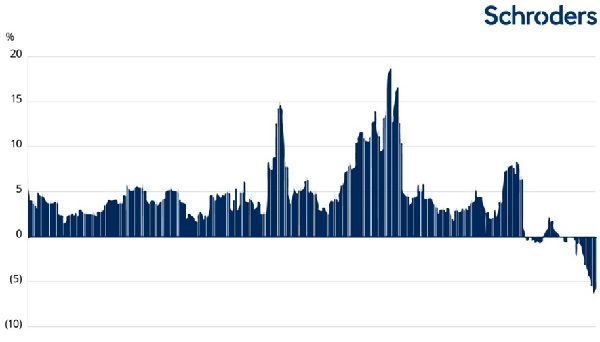 Private equity specialist Schroder Adveq has been involved in IPOs since 1997, and Chief Investment Officer Nils Rode believes that there is a lot of capital chasing these late stage/pre-IPO deals.

Late stage deals are when part of an IPO is placed with private investors (such as private equity or hedge funds) just before the IPO enters the public market.

Investor enthusiasm for such deals has led to a sharp increase in late stage valuations over the past few years. Rode thinks many companies deserve such high valuations, but not all.

“For some of the fastest-growing companies it is normal to be cash flow negative for two reasons:

“Highly successful companies with great upside potential have no problem in raising large amounts of capital that cover their negative cash flows (losses). Companies like this should grow as fast as possible, to lock in market share across regions and across related product categories. This fends off competitors, but requires investment into growth instead of focusing on profitability.

“For some business models, reaching large scale can be a key success factor and requires strong growth, even if this means to be loss-making for some time.

“Nevertheless, it is always possible that some companies burn through too much capital, especially in industries where a significant share of the investor capital goes into marketing or advertising, or even into subsidising product prices.”